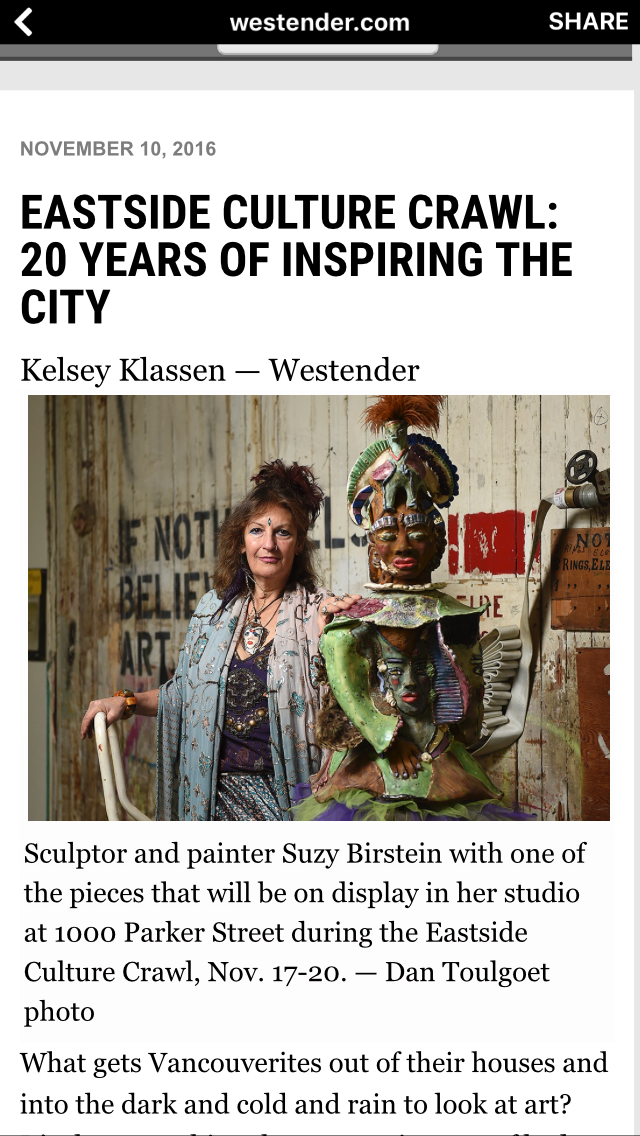 Oscar® nominees who didn't win the coveted gold statue Feb. 2008 were able to console themselves... As the only artist in a handful of Canadians asked to contribute to "Everybody Wins at the Oscars gift bag, Birstein has received considerable media attention throughout Canada, the US, the UK, China and Japan."

Read Press coverage Below and/or in PRESS GALLERY
"Motion Pitchers" were a limited edition of 80 one-of-a-kind pieces. Some are available through Suzy and
Jonathon Bancroft-Snell Gallery.

"From kid's dream to Oscars" on www.canada.com read here